Well, I have my own website now, so why not to start a blog. At least I can send the link to my grandma and she will finally find out what my job is.

And because my grandma doesn’t know how to google stuff, I need to explain what Upwork is. Upwork is a global freelancing platform where businesses and independent professionals connect and collaborate remotely. I came there thanks to my good friend Yana (who inspired me to start) and Andrew (who explained me how it works). A big thank you btw! I started at february-march 2016. So, this is how it all works: there are job postings on the website, which you can submit a proposal to. The number of attempts is, of course, limited. So you submit and try to show how awesome you are with one attached document (now you can attach 10). And this is all you do in the beginning. You submit proposals hoping for any response during some quite long time… which depends from how good you are. For me this time lasted for 2-3 weeks.

And finally! Here it is! The first reply! It’s not a job yet, it’s only a message but it means a lot because now you know that it can happen! It was something simple and small like a business card design. Time was around midnight and the client wanted it to be done right now and for very low money. But I wanted to do it anyway. We discussed everything, the client sent me a job offer, but for the time I prepared myself, this offer was canceled and somebody else took the job.

There was another reply few days later and not one but two at once! One was a fixed price contract with $150 budget. Inexperienced me proposed with $50, but it was still a lot comparing to what you can earn in a provincial Russian city. The job was to draw product sketches of wireless earpieces for the company from New-York. I sent some examples of my sketches, the client liked them and I got the job! We agreed that I will draw and scan 6 pages of my sketchbook and then will send them by post. Well, after all the details were clear, I got a job offer!

In about the same time I got another job offer – graphic design, hourly contract. And I agreed to work for a very low price per hour. The only excuse was that the client promised that there will be a lot of work. Also Upwork took only 10% fees back then (now it’s 20% of the first $500 that the client pays you). But it still was a little more than any Omsk based employee gets per hour. But this employee works 40hrs per week, and a freelancer like me could only dream about that. So, this graphic design contract involved different banners creation, flyers, brochures etc. The client was a nice woman from Rotterdam. But after two weeks she called me on skype and said that unfortunately she has no more money but she likes working with me and asked if we can continue working but she will pay me after a month when she will get the money. I had no other options but to agree. And this is not the beginning of the story of I was deceived, no, only Russians did that to me. She paid me everything. After 4 months. And I worked a total of about two.

And now let’s get back to the first contract – product sketches of wireless earpieces. It was exactly that kind of job that I wanted to do. Hand drawing, nice handwritten notes with liners, markers (which I had tons of, I was prepared). So I started to draw and I got so passionate about the process that I drew twice more sketches than I needed to. No need to add that I got a super great feedback.

The job was completed successfully, I made high-quality photos of everything. The only thing left was to send sketchbook sheets by post. On my question to the post office worker “How many stamps do I need to send these to New-York?” the woman looked at me like I said something stupid (“New-York” for provincial Russians sounds almost like “Neverland”). Even for me it was hard to believe that my sketches are going to fly to USA. But they did. Later they became a part of the commercial video. Some pieces of that video are still on their website but they already have something real and ready to show and not only rough models. That’s why they needed me.

P.S. By the way, the customer sent me the money for sending mail to PayPal, for which Upwork immediately blocked my account. According to their conditions, you cannot receive payment for work found on Upwork by third-party ways. But I explained everything to the support, the money was not for the work, but for the shipment. I was unblocked after promising to never violate their conditions. 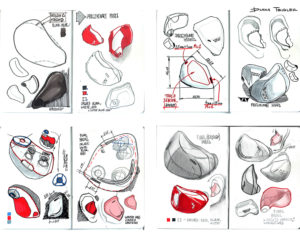 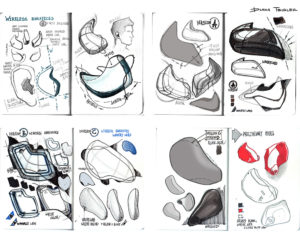 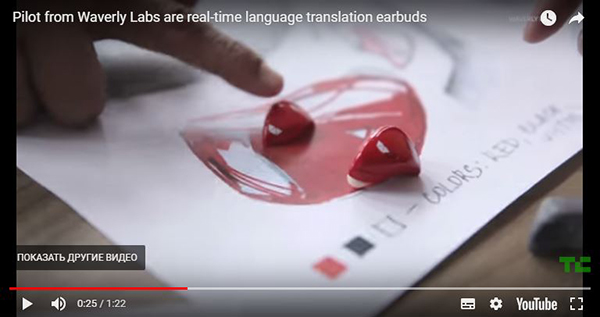